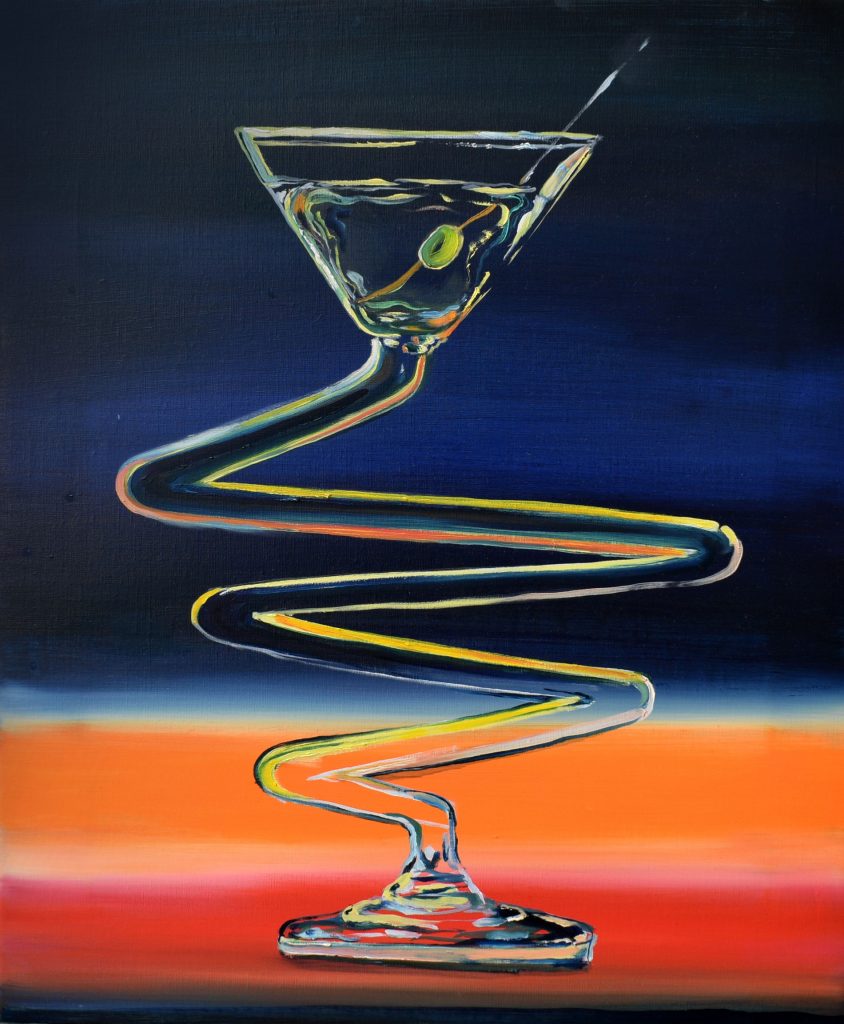 It doesn’t explain everything, but Francesc Ruiz Abad comes from Palamós, in Spain, where Salvador Dalì spent a lot of time and where a wealthy eccentric, Alberto Puig Palau, had built him a studio with a tilted door, a nod to surrealism… By way of style the artist, born in 1990, mixes pure vivid colors as well as textures that make reference to many a painting history.

Those who will discover his work will be put in mind of George Condo, Martin Kippenberger, Marcel Broodthaers, Paul McCarthy, Georgia O’Keeffe, but also of the comics book culture, as well as manga, and other 2.0 monsters… Like many plastic artists of his generations, Francesc Ruiz Abad is beyond the problematics of appropriation. We have moved past the “isms” a century ago, but we have also outgrown the last avant-gardes, and are starting to look far beyond the classifications of “post” modernism or structuralism… Thus, the work is formed by a bulimic knowledge of images, sometimes encountered in real life, but mostly discovered through the screen of a smartphone, before moving on to the pleasure of reproduction. Francesc Ruiz Abad is very wordy and completely uninhibited with regards to his subject matter. He reminded me that his learning at the University of Barcelona, and then at the HGB, had only been conceptual, so he had to work on his dexterity in a self-taught manner. When he isn’t painting, he is drawing, developing the same themes, or trying out new ones, very quickly. He wants to preserve what he calls “the liberty of the shape” and insists on the playful aspect of his practice. His pieces open a dialogue between themselves, answer each other, and build up little by little. Repetition then allows us to guess what he doesn’t want to explain too bluntly. Notably that he deals with questions of gender and masculinity through runny eggs, a recurring image on his canvases. In Spain, the egg symbolizes the testicles, and their runny shape can only remind us of Dalì’s Melting Clocks. If they represent a contemporaneous version of the Vanitas, reminding us of the passing of time, some have also noted that they introduce a doubt as to their author’s manliness… But in 2018, it is mostly, for Francesc Ruiz Abad, a questioning of the fact that the world has always been seen through the “Male gaze”, the point of view of straight white men… Just as the small formats which might seem innocent, joyous even, are a reflection on colonialism, based as they are on photographs taken during the old Empires, when the natives, deprived of their freedom, were put on stage.

Francesc Ruiz Abad has travelled a lot, he has lived in New York, before starting off on a journey which took him from Barcelona to Hong Kong. Eight months during which he has let himself be surprised by chance encounters, while remaining in some sort of survival mode. The fact that he has nurtured multiple points of view can be felt in his body of work, indeed he doesn’t impose any key to its reading, in order to allow different levels of interpretation to arise. A sort of contemporary surrealism, an automatism of today, which gives way to “the mirror imagination” of the onlooker.